This center is the brainchild of Raphaël ROYER whose desire is to associate his experience in rehabilitation and chiropractic, and his knowledge in Functional Neurology, in the interest of these often complex and incompletely medically accompanied disorders.

The various approaches are useful, they can interact and complement each another for a better service to the patient. 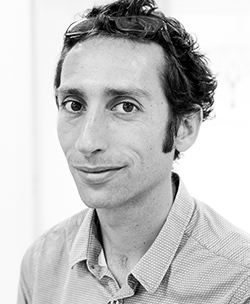 Passionate about the human body, physiology and neuroscience, Raphaël ROYER attended for 6 years the postdoctoral studies of the Carrick Institute of London, especially in Amsterdam, as well as in the USA. He continues to train regularly and progress in the understanding of this matter.

He obtained the Degree at the American Chiropractic Neurology Board (DACNB) in 2010, and the same year he was certified in Cox Flexion-distraction Chiropractic Care technique at the NUHS (National University of Health Sciences Campus / Lombard Chicago IL).

He is also a Member of the International Association of Functional Neurology & Rehabilitation (IAFNR).

He has a great interest from the beginning of his training in Functional Neurology in complex cases (Dystonia, Trembor, Asperger syndrome, Balance disorders…). 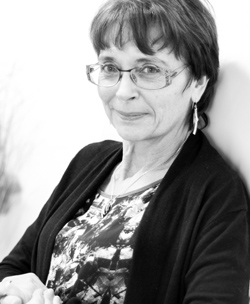 A Clinical Psychologist, Myriam EONO pursued her studies in psychology at the University of Haute Bretagne in Rennes from 1976 to 1981.

She obtained her D.E.S.S. (Diploma of Higher Specialized Studies) in June 1981.

She first operated in medical-educational institution; then from 1984 to 2008 with young people and adults in social et professional integration (individual and group counseling, coordination of integration initiatives, skills assessment).

In 2005, she began a parallel consultation in independent practice as a clinical psychologist in Dinan-Taden (Côtes d’Armor) – to devote herself totally since 2008, while pursuing her partnership with the Mission Locale of Dinan as a term-employed psychologist; as well as with the social center of Dinan and several schools as an external speaker, lecturer as part of parenthood counseling.

In 2005, she met Medical Hypnosis (Ericksonian Hypnosis). A meeting that fits with one of the constants of her practice: the consideration and accompaniment of each individual as a whole "body and mind", his "social-familial-professional-personal" reality and his uniqueness: each individual is unique. She then began a 2-year training "Hypnosis and Brief Therapies" with the Institute ‘Émergences’ in Rennes whose director, Doctor Claude Virot, is currently president of the International Society of Hypnosis. Training that she then refined by integrating the training of trainers in Hypnosis at the Institute ‘Émergences’; and participated in various medical congresses on Hypnosis (especially: Hypnosis and pain).

She met Raphaël Royer at the end of 2012. When the latter evoked his project to create a center for functional neurology rehabilitation, the idea of a partnership came naturally.

Ciara MARTIN: joined the Center in May 2017 as an Assistant.

Ciara will welcome you and will perform more particularly the administrative functions, but also certain tests and stimulation during the checkup. Fanny will do her best to accompany you during the workshops.

Both will welcome you at the Neuro-functional Rehabilitation Center, and by phone at +33 684 818 721 from Tuesday to Friday from 9am to 1pm, as well as by email.
With their experience in infant education, they provide the interface between patients and practitioners at the Center. They also inform you about the functioning of the CRNF Brain-Moove Center, the course of the cures, the prices...

They work with patients to find a suitable solution and propose appointments that meet their obligations while respecting the ethics of the Center.

They take care of patients for the realization of stimulation workshops, within the framework of the care protocol recommended by Mr Royer, while paying particular attention to the well-being of patients, to their fatigability, as well as to the understanding of the instructions for the proper conduct of care.

They ensure the transmission of information following the workshops and discussions with patients. 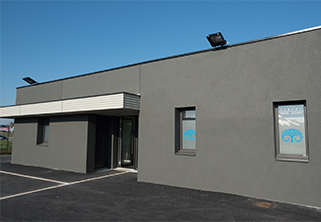 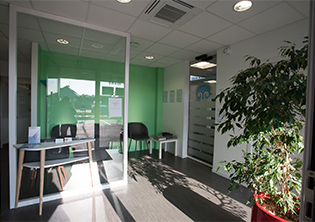 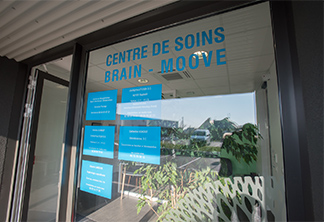 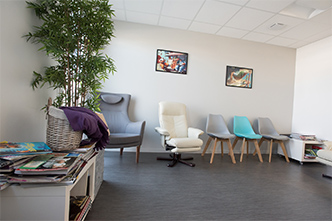 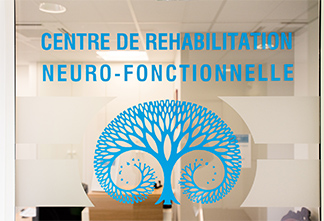 2002 : While he was finishing his chiropractic studies, two of his professors (Charles Nelson and Denis Alemi) told him about a new specialty in the USA: « Functional Neurology ». This one is considered as the most difficult and the most complex one in the profession. But the enthusiasm of both professors as for the opening it has given them in their daily practice and in the understanding of their patients obliged him to get interested in it.

Since 2002, and on a more regular basis between 2004 and 2010, he has set himself to attending this post-doctoral training at the Carrick Institute, first in Amsterdam, then in Londres, and finally in Atlanta (Life University).

In 2011, in Phoenix, during a congress of the IAFNR (International Association of Functional Neurology & Rehabilitation), Pr Frederic Carrick described his experiences with the Gyrostim, and the results he has obtained in many patients who had suffered concussions.

The Gyrostim was born from the love of a father, Kevin Maher, for his daughter suffering from cerebral palsy since the age of 3 months.
After hearing their doctor advise them to move their daughter into space in order to stimulate her vestibular system, several times a day and this in an intensive way, Kevin Maher started thinking about an equipment allowing this but in a safe manner: the prototype of the Gyrostim was born! The girl Maher made then tremendous progress.

One patient of Pr F. Carrick, but not least, was the world No. 1 hockey player. This player’s spectacular recovery made the buzz in the USA. But unfortunately, the news went completely unnoticed in old Europe.

The achieved results were more than singular, and even went beyond the initial expectations. They were fully in keeping with the results of the Functional Neurology Clinic in Atlanta.

One of his friends, Dr Dominique Chomard, a rehabilitation doctor, told him about these scenes of joy when he brings, with his boating association, disabled persons in boat. The pitching and the rolling give them pleasant sensations.
The movements induced by the gyroscopic device « Gyrostim » allow movements of pitching and rolling much more intense and more important than the movements of a sailboat. They are overall more targeted. And the results in terms of brain function challenged the chiropractor he is. Associating a form of vestibular stimulation with a neuro-motor work is a new therapeutic approach.

This learning, allowing to acquire more complex and better coordinated movements, can be applied to adults as well as to infants or children with multiple disabilities.
Stimulate in an active way a muscle but also and overall a posturo-motor pattern is really interesting and complementary to various current approaches.