To facilitate the organization of your stay, the BRAINMOOVE Center offers T2 accommodation for people with reduced mobility in Pleurtuit.

BrainMoove Center reopened on May 11 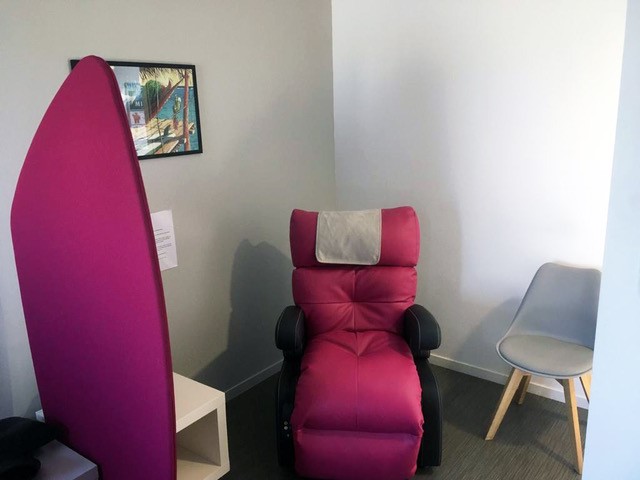 Sanitary measures have been put in place to welcome you in the best conditions and to guarantee the health of all. You will be given a reminder of these rules when you come.
In addition, a new organization of the rest room has been implemented in order to satisfy preventive distances and to ensure the necessary comfort between the stimulation workshops. A new room for children has been created for the comfort of patients.
Do not hesitate to contact us for any further information; we will be happy to answer you as soon as possible.

We would also like to thank the company Menuiserie Chassé in Pleslin-Trigavou for the modification of the places of care, including the partitioning, to Stéphanie Leclaire of Steph Couture in Pleurtuit for the making of protective masks and to John Martel of Cap Vital Santé in Saint-Malo for masks and other hygiene materials. 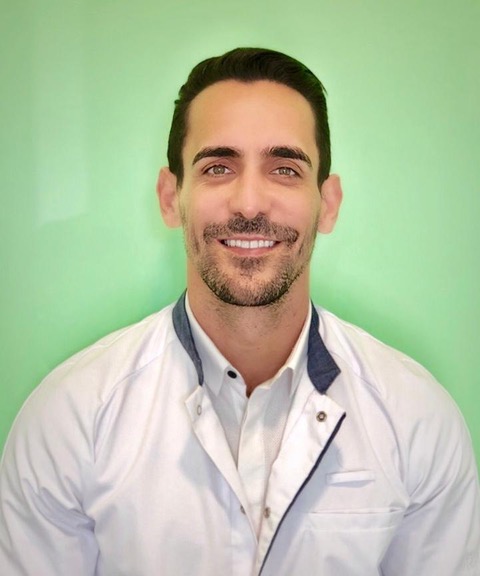 Delgis Garcia, after having trained for a little over a year in part of the protocols within our Center, now continues his activity in Paris within a cryotherapy institute.

We will keep in touch with Delgis; he will miss the Breton climate.
Promise, he will come back to see us from time to time!!!

Dr. Haavik's study, which has just been published, shows the interest of chiropractic in neuroscience and the impact of spine and chiropractic control on brain activity, especially prefrontal activity.

This study highlights the fact that one can change the way the brain works through chiropractic work. The study is serious and interesting enough to highlight it. I'll let you read its summary.

In the world of sport, concussions are widespread. The subtle and invisible lesions they cause can affect the psychological health of victims, particularly in the case of successive concussions. A team of researchers from the Montreal Neurological Institute has been able to establish, through functional magnetic resonance, an astonishing relationship between concussions and depression.

For one week, a stand-up for automatic walking was lent to us.

This device (Innowalk) is particularly innovative and can re-train patients (kids or adults) to walk, which has a significant effect on the tone of their spine, but also the coordination of their lower limbs.

Dystonia was usually associated with basal ganglia dysfunction. A recent study highlights the role of CEREBELLUM in this pathology.

Dystonia is a neurologic disorder characterized by sustained involuntary muscle contractions. Lesions responsible for unilateral secondary dystonia are confined to the putamen, caudate, globus pallidus, and thalamus. Dysfunction of these structures is suspected to play a role in both primary and secondary dystonia. Recent evidence has suggested that the cerebellum may play a role in the pathophysiology of dystonia. The role of the cerebellum in ataxia, a disorder of motor incoordination is well established. How may the cerebellum contribute to two apparently very different movement disorders? This review will discuss the idea of whether in some cases, ataxia and dystonia lie in the same clinical spectrum and whether graded perturbations in cerebellar function may explain a similar causative role for the cerebellum in these two different motor disorders. The review also proposes a model for cerebellar dystonia based on the available animal models of this disorder.

Idiopathic scoliosis in adolescents: a vestibular cause of the least central?

Neuroscience is evolving and tends to highlight the important role of the central nervous system in classical musculoskeletal pathologies.

The theory evoking as a possible cause an asymmetry of a vestibular canal is more and more recognized by scientists.
This recent article asks questions about a possible central cause to the problem of spinal growth in adolescents, "Lateral Semicircular Canal Asymmetry in Idiopathic Scoliosis: An Early Link between Biomechanical, Hormonal and Neurosensory Theories?"
http://journals.plos.org/plosone/article?id=10.1371%2Fjournal.pone.0131120

We can compare with the research done by a chiropractor in Quebec (JP Pialasse) on sensory-motor integration in adolescents with so-called idiopathic scoliosis :
http://www.intechopen.com/books/recent-advances-in-scoliosis/sensorimotor-integration-in-adolescent-idiopathic-scoliosis-patients

Neuroscience is evolving and tends to highlight the important role of the central nervous system in classical musculoskeletal pathologies.

The analysis of oculomotricity is a method increasingly used in the context of clinical research, for the exploration of diseases including neurological and psychiatric.

At the Neuro-Functional Rehabilitation Center, we use it in our current clinical practice. learn more 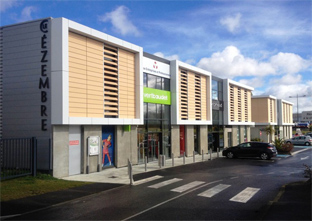 CREATION OF A CHIROPRACTIC NEURO-FUNCTIONAL REHABILITATION CENTER IN BRITTANY

Inspired by American and Anglo-Saxon methods, a neuro-functional rehabilitation center was set up in Saint-Malo.

Consultations are by appointment only. 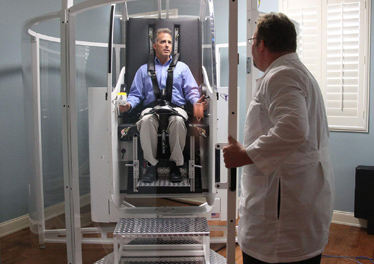